Lockdown Jazz Sessions are fortnightly gigs performed by musicians from their own homes. Using zoom, the audience has the chance to be present and together at the online gig, even unmuting themselves to applaud.
‍
The series continues and will do so until live music is fully back up and running again in person. It opens up the opportunity for audiences to watch and musicians to play from anywhere, and has already seen some musicians debut completely new projects they have been working on during lockdown.
‍
Tickets are £5 concession, £10 standard and £15 support are always welcome. Sessions are held every other Wednesday at 7pm, with tickets released a week in advance. Join our mailing list to receive the fortnightly announcement with the lineup of future sessions. 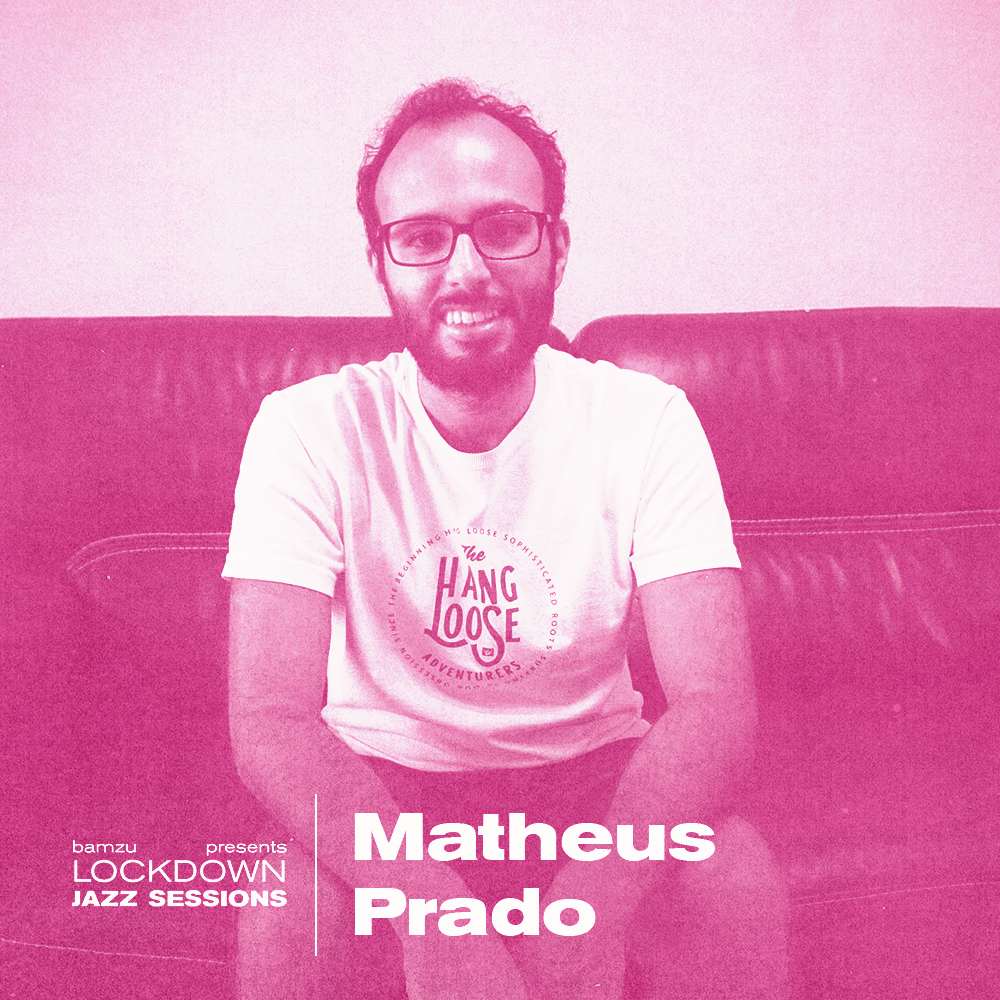 Matheus will bring solo intimate set with standards and improvised rhythms making the bass speaking with its full voice. 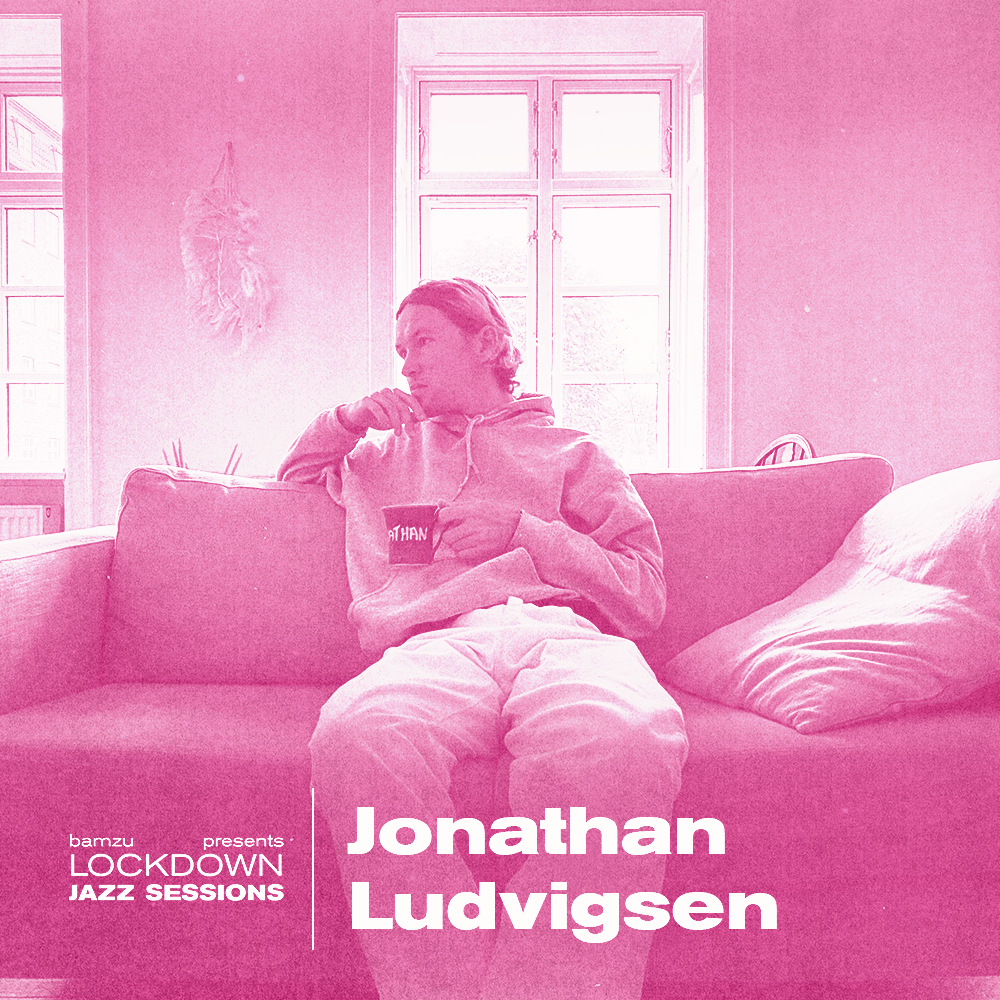 Jonathan Ludvigsen is a drummer from Aarhus, Denmark and was an exchange student in the jazz program at the Royal Welsh College in Cardiff. Through superior coordination and a very playful approach to any given genre he throws himself at, he has begun setting his mark on the jazzscene in Denmark. His trio Athletic Progression has been one of the first “new jazz” groups to receive recognition in Denmark, and has grown and evolved simultaneously with the UK Jazz scene 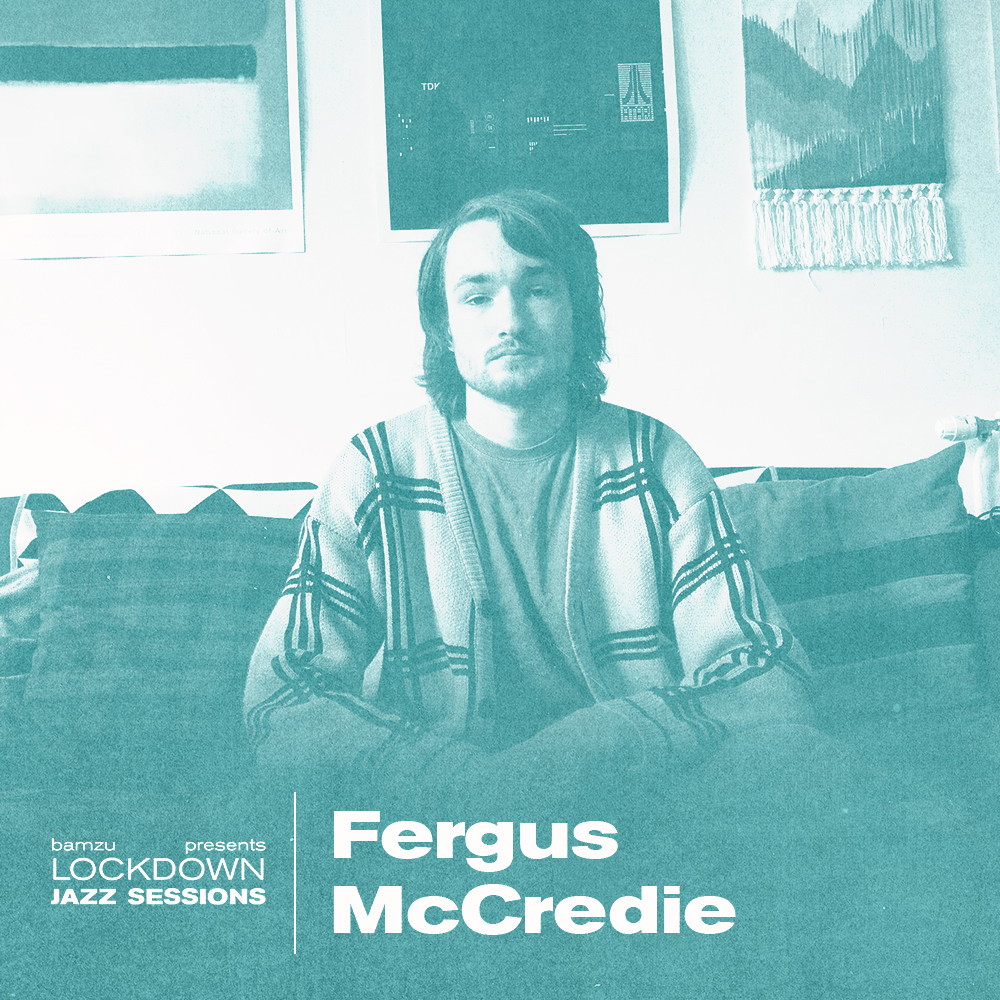 Pianist Fergus McCreadie is one of Scotland’s most exciting young talents. Born in Jamestown, near Strathpeffer, he grew up in Dollar and graduated from the Royal Conservatoire of Scotland in 2018.

McCreadie’s music is an innovative blend of jazz and Scottish traditional music. Turas (Scottish Gaelic for ‘Journey’) features eight original compositions which are designed to take the listener on an auditory journey of Scotland. Depicting scenes from the Western Isles to the East Neuk of Fife, the music is evocative of the landscapes from which it has taken its inspiration. 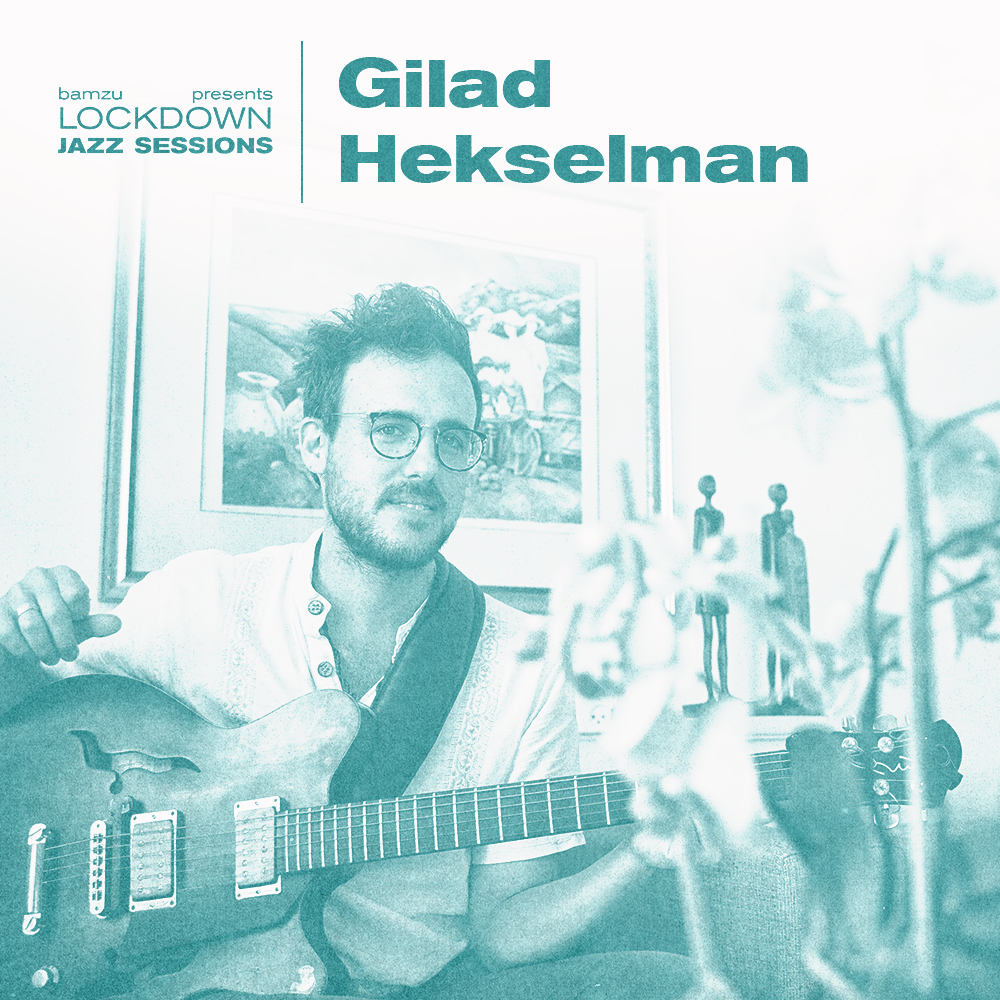 Gilad Hekselman is one of the world's most prominent jazz guitar players. Winner of Downbeat's 2017 Rising Star Guitarist, Hekselman has released 8 records under his own name, and has been touring the world extensively with his band, and as a sideman with some of the finest musicians on the NY scene. 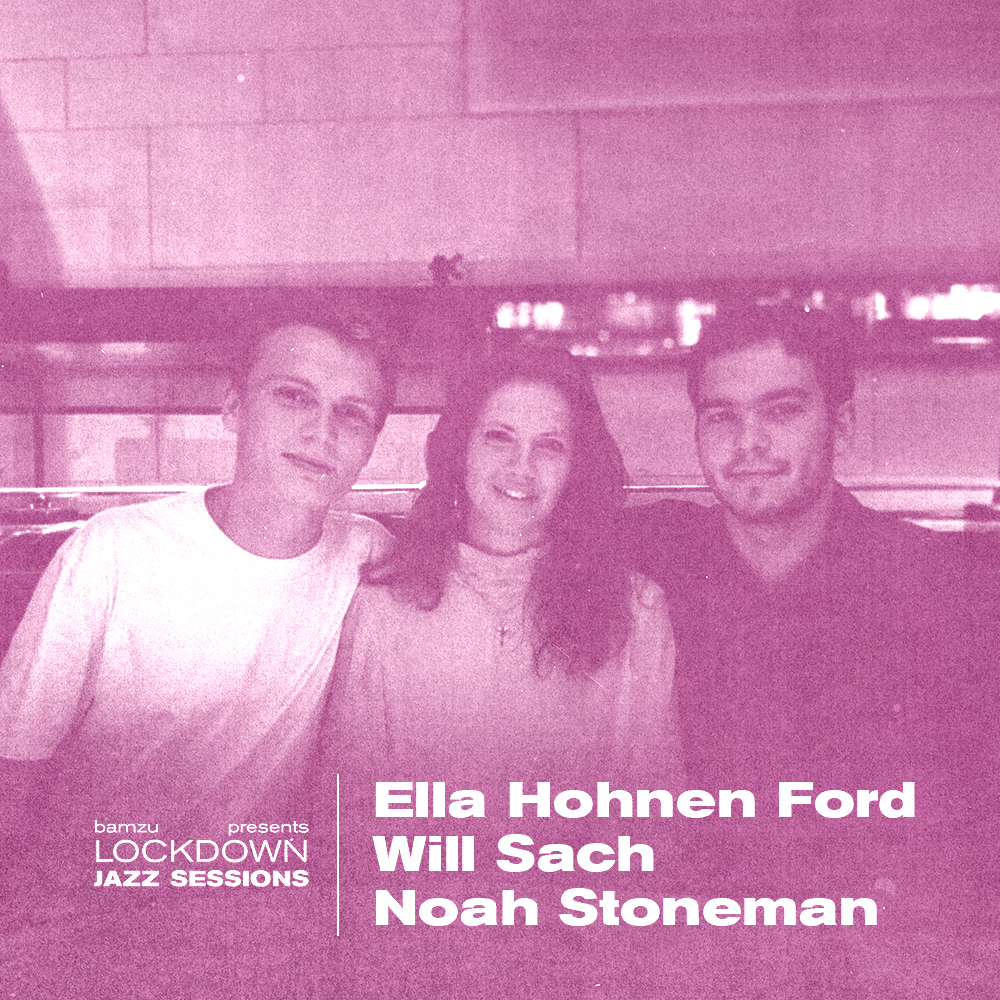 Hohnen/Sach/Stoneman Trio is a new group with a sound simultaneously unique and fresh yet familiar. It brings the individual’s own songs to life with an original approach drawing upon sounds from free music, folk, 1960s counterculture movements and African American Jazz, with lyrics often inspired by renowned poets, novelists and thinkers from across the century and beyond.’ 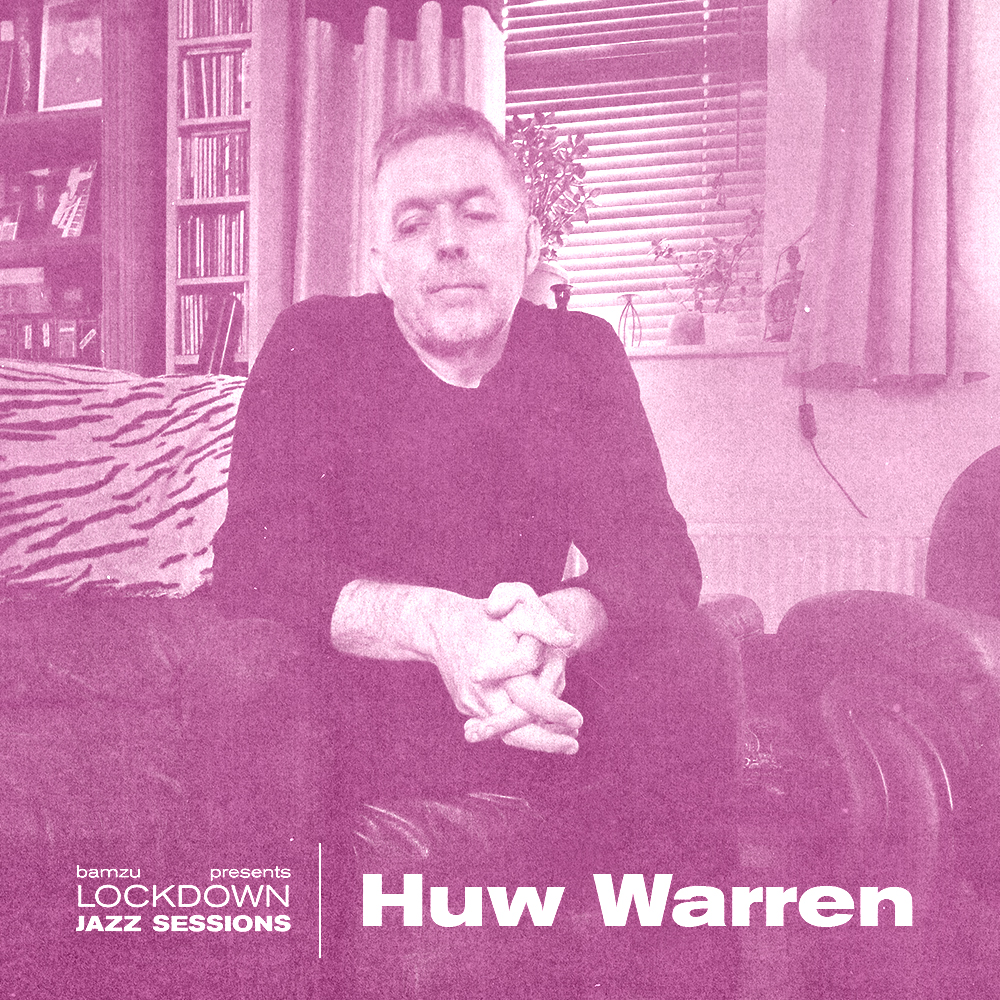 Welsh Pianist and Composer Huw Warren has recorded for several high-profile European labels including ECM and CAM Jazz, but during lockdown decided to self -release some solo piano recordings from 2016 at the Ucheldre Centre in Holyhead.

In a special livestream for Bamzu Lockdown Jazz sessions, Huw returns to the Ucheldre Centre to present a virtual album launch, as well as premiering several new pieces written during lockdown.

Huw Warren has achieved an international reputation for innovative and eclectic music making. Equally at home crossing the often exclusive worlds of Jazz, World and Contemporary music; he has a distinctive and personal voice, and has collaborated with a huge variety of artists worldwide.

A founder member of Perfect Houseplants, Huw has received critical acclaim for both his solo projects and collaborations with June Tabor, Maria Pia de Vito, Iain Ballamy, Mark Lockheart, and many others. He is known as an interpreter of the music of Hermeto Pascoal and has performed/recorded with several Brazilian musicians including Jovino Santos Neto, Carlos Malta, Adriano Adewale, Roberto Taufic and Chico Buarque. 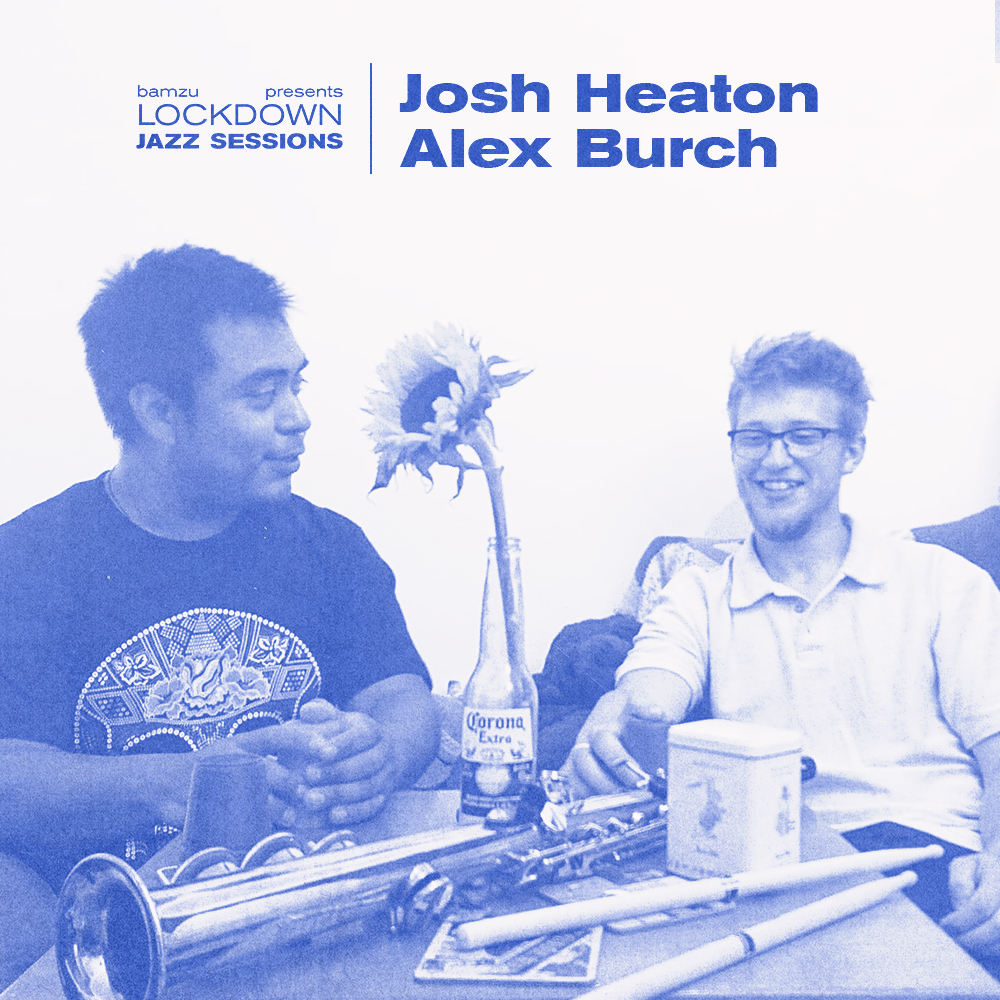 Josh and Alex bring you a joyous cacophony of sound from their flat on Kincraig Street. Inspired by all the music we've wooped, wailed and wondered at together over the years. 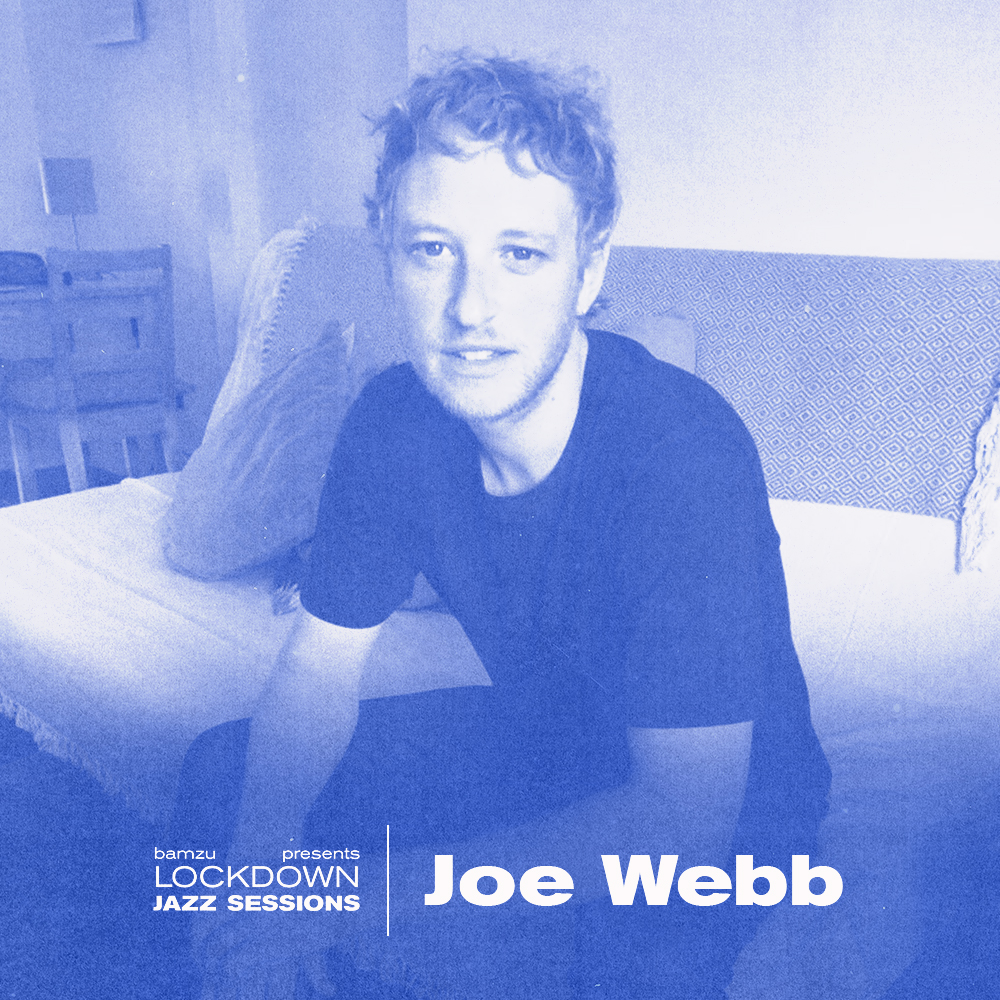 Joe Webb is a highly regarded pianist and a leading force on the U.K jazz scene today. He grew up in Wales before moving to London in 2013, where he has been active ever since. Joe regularly performs around Europe, and has played at venues such as Ronnie Scott’s, Dizzy’s jazz club, The Royal Albert Hall, CCB Lisboa and Théâtre de la Fleuriaye, Carquefou. Tonight he will play a mixture of original compositions, early jazz pieces and American songbook tunes. 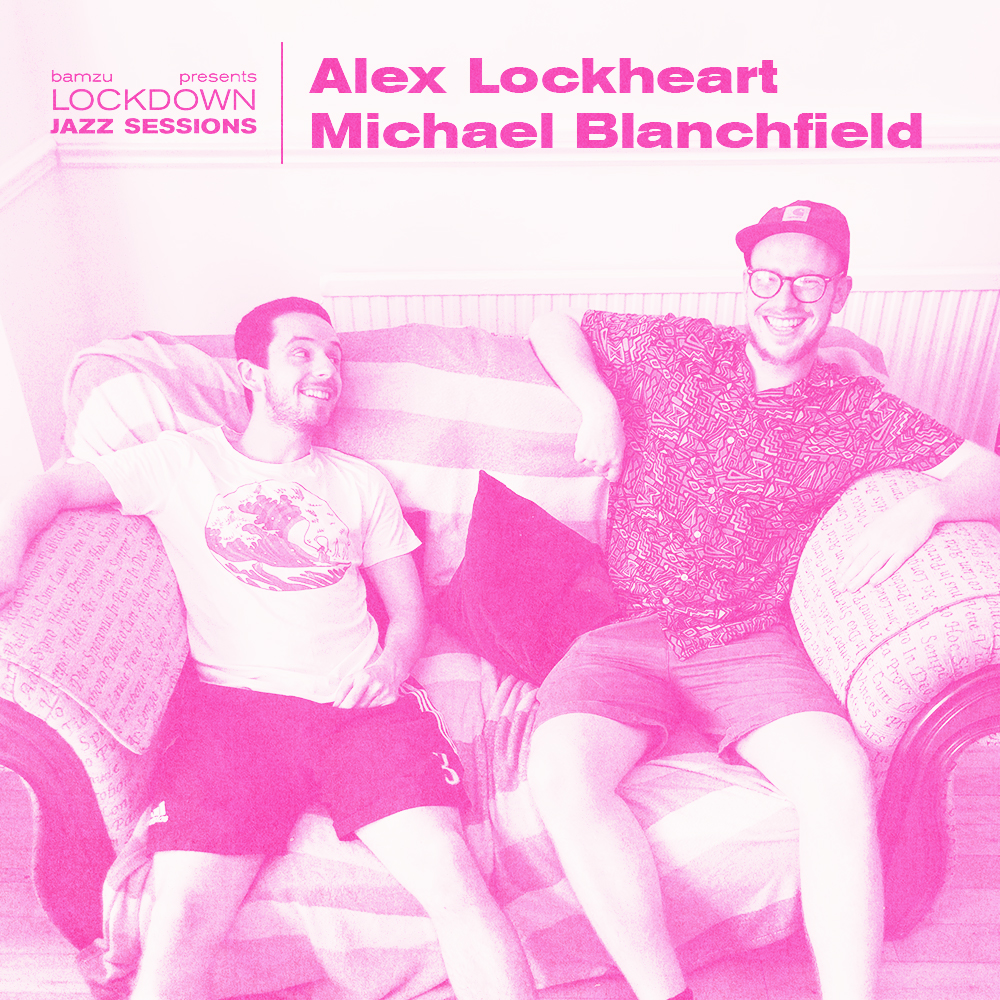 2 Parts of the power trio Arkocean; Michael Blanchfield and Alex Lockheart will be dusting off the cobwebs for their first gig together since lockdown. Taking you on a musical journey with a deep sense of groove. Expect some Arkocean tunes, taken from their latest EP ‘Tide Shift’ among some other surprises! 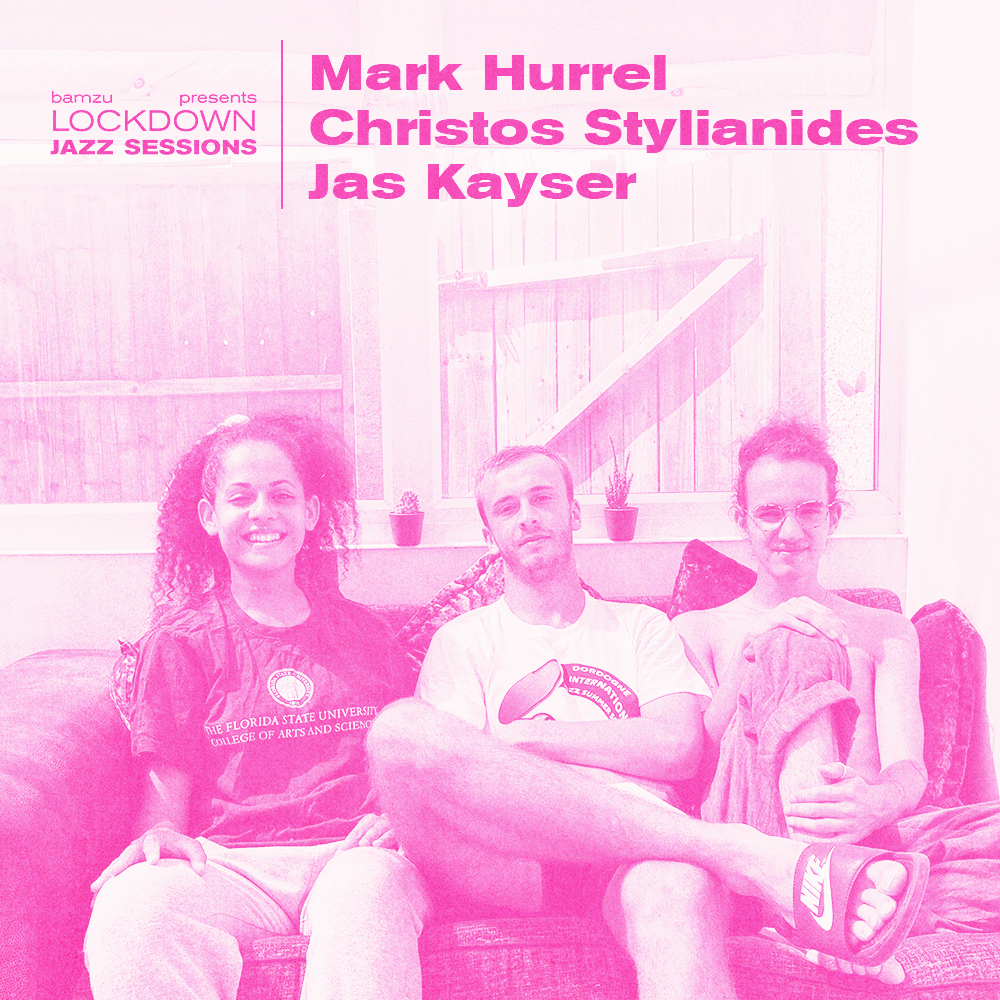 Christos, Jas and Mark live lockdown and load at their house in SE London where they shall be streaming from live. Trinity Masters graduate Christos Stylianides will be providing ‘Beeps and Boops’ on the electronic set up while Berklee Grad, Lenny kravitz shareholder and all around Big Gal on the scene Jaz Kayser will be smashing out rhythms on an outlandish new drum set up. Saxophonist rent payer and dep to non other than Lewis Hamilton, Mark Hurrell will be providing sounds of the saxophone! This set will contain purely improvised music delving into many realms unbeknownst to both you and them. 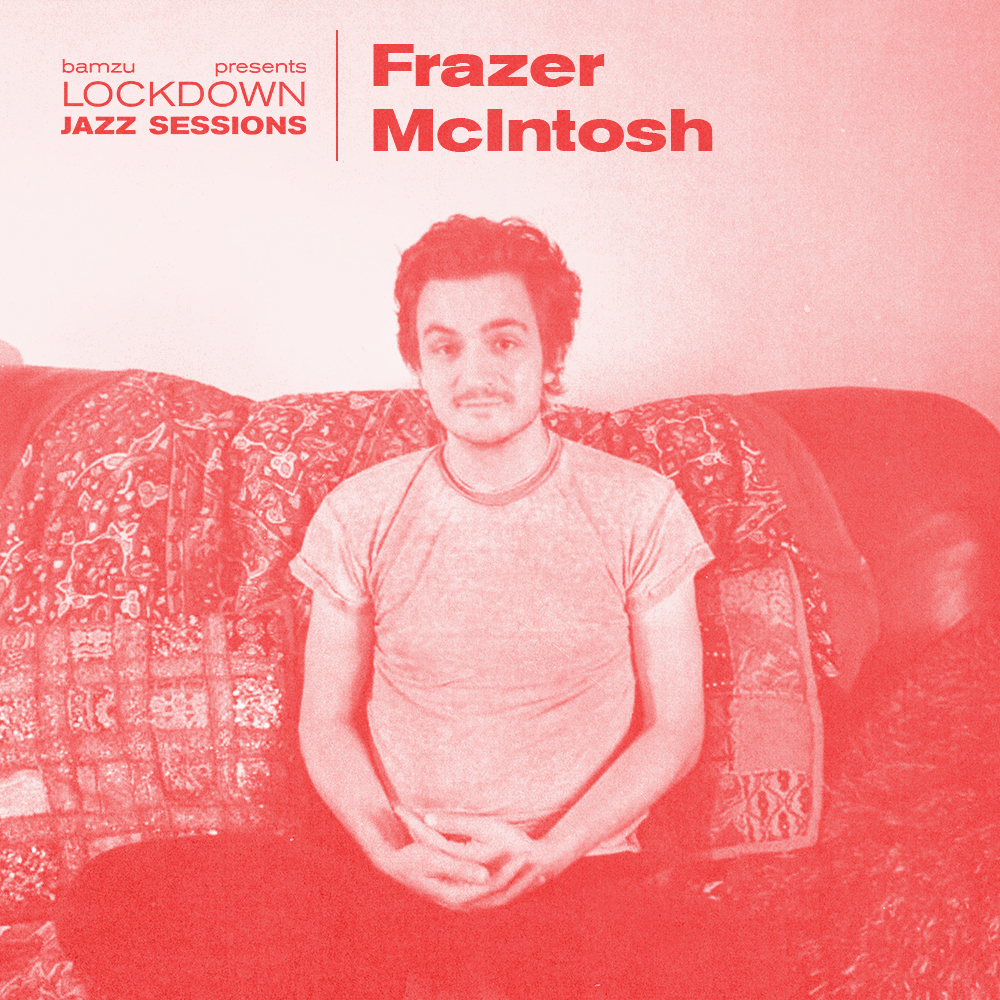 Streaming a live solo piano set from his home, RWCMD graduate Frazer will be playing original compositions. Inspired by an eclectic range of music genres, Frazer's music sounds as fresh as it does sophisticated. 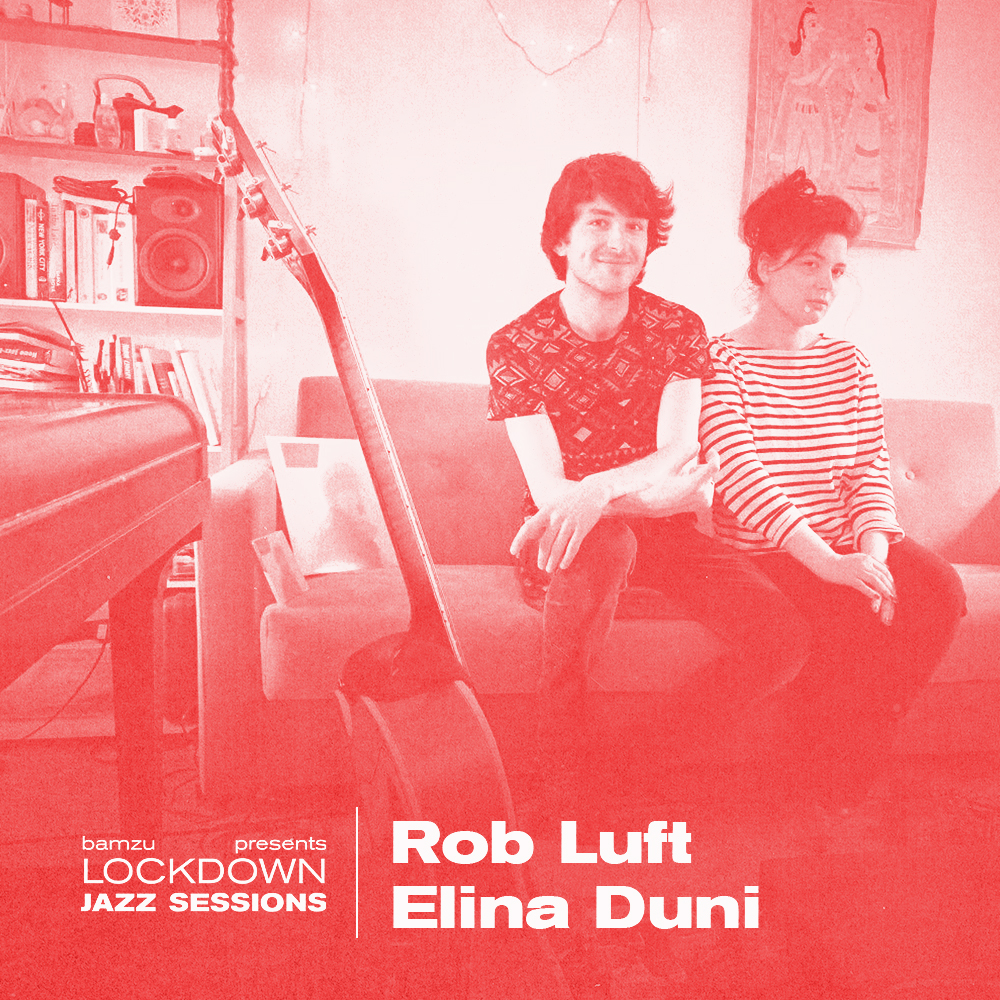 ‘Songs of Love and Exile’

Elina Duni is a Swiss-Albanian singer. Having been signed to ECM Records since 2012, her hallmark combination of traditional Albanian folk songs and jazz has lead to worldwide critical acclaim. For this new project, she is joined by guitarist Rob Luft, acclaimed as one of the rising stars of London's flourishing contemporary jazz scene. Luft's playing incorporates echoes of West African high-life, English folk and indie rock, and his joyously original sound finds an ideal counterpart in Elina Duni's vocals. Together, they steer us on a journey through timeless folk songs which still resonate so truly today. 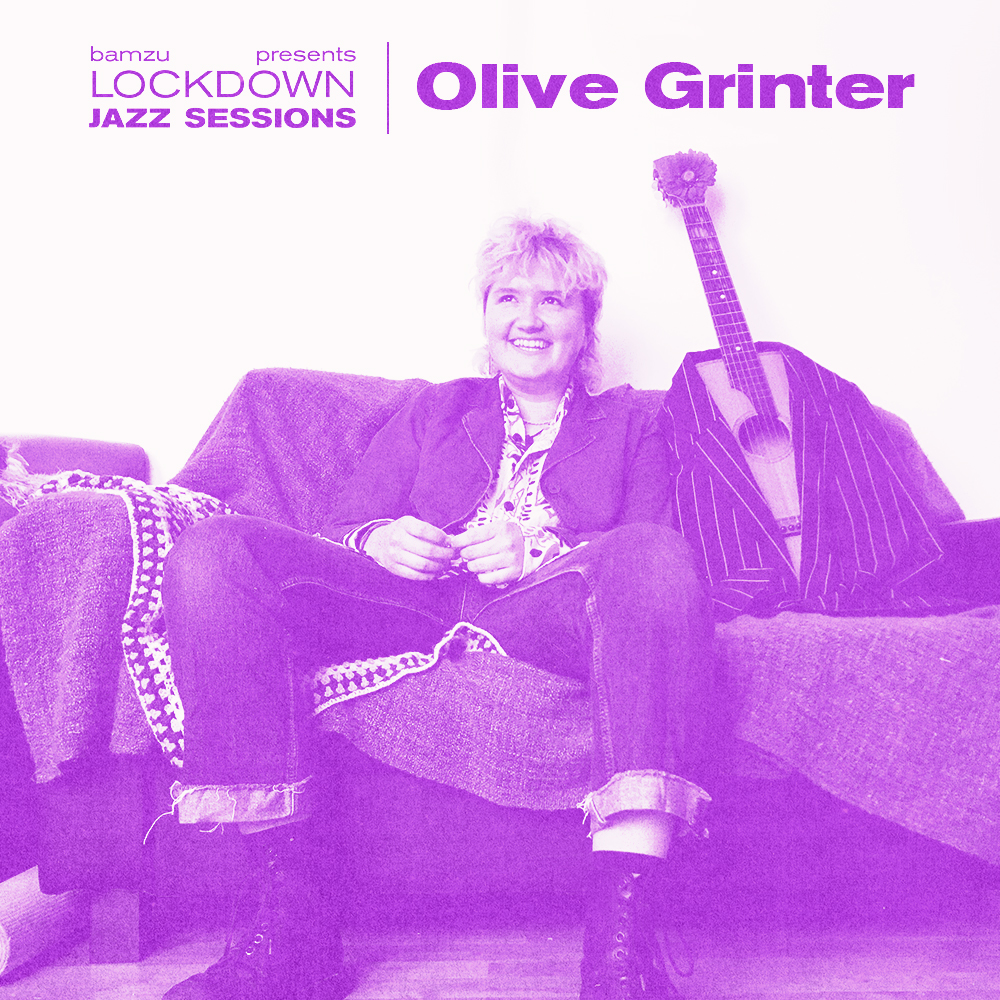 Christening her new house with its first live performance, from her bedroom in Cardiff, Olive will be singing songs with her guitar. Some that she’s written, old and new, and some of her favourite heart-warmers. She hopes to take you to a warm, fluffy, pink land for the evening (to match her hair). 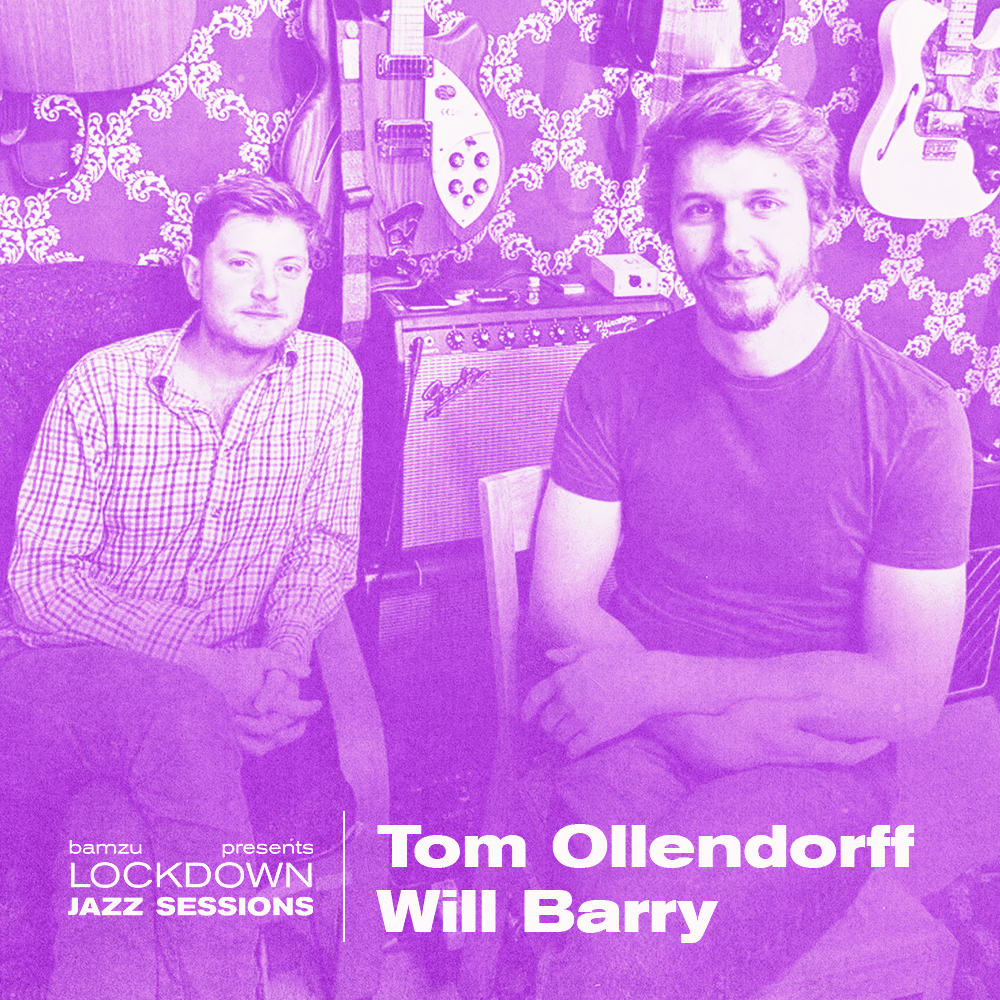 Will Barry and Tom Ollendorff will present a selection of music exploring the dynamic of the Guitar/Piano duo. 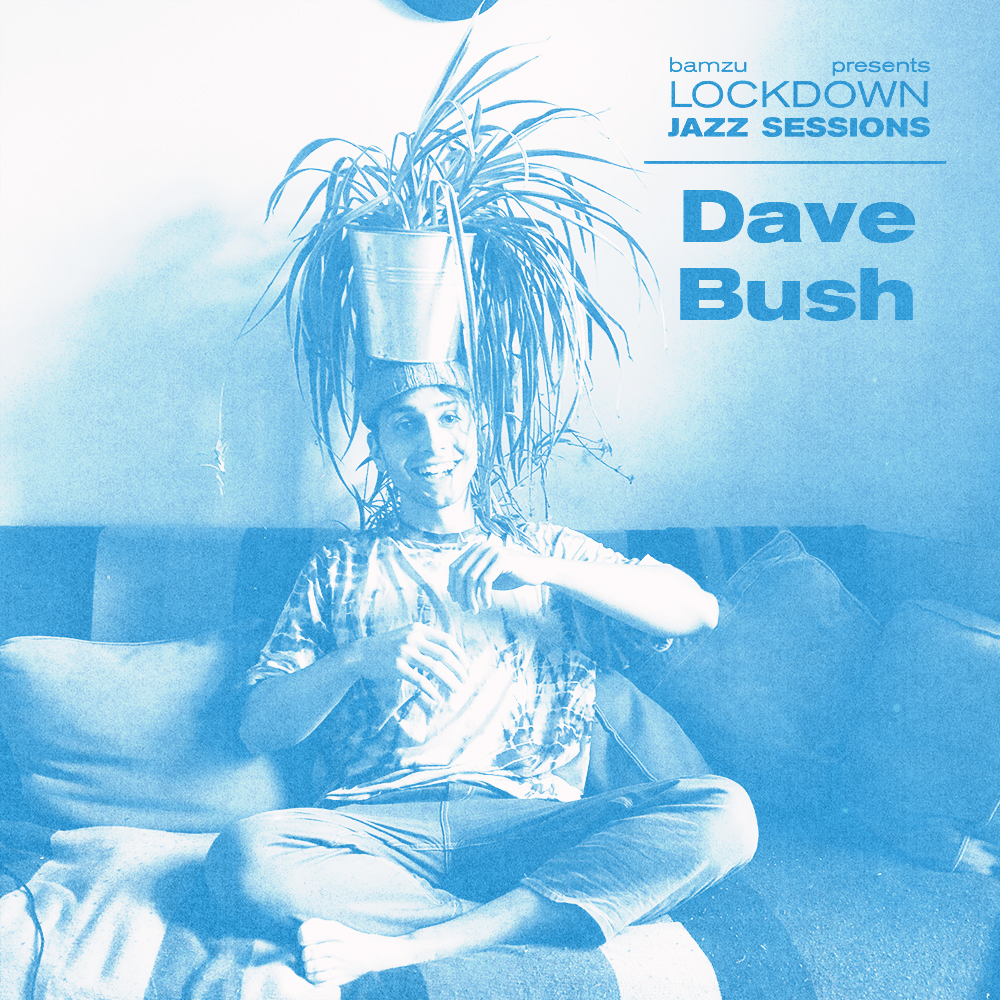 Dave Bush will be playing live from his bedroom in Cardiff, where he’s spent most of his days recently. Dave will be performing a mixture of his favourite standards and his own tunes that he’s written over the years including a new one about another bird; playing a combination of saxophone, keyboard and computer. 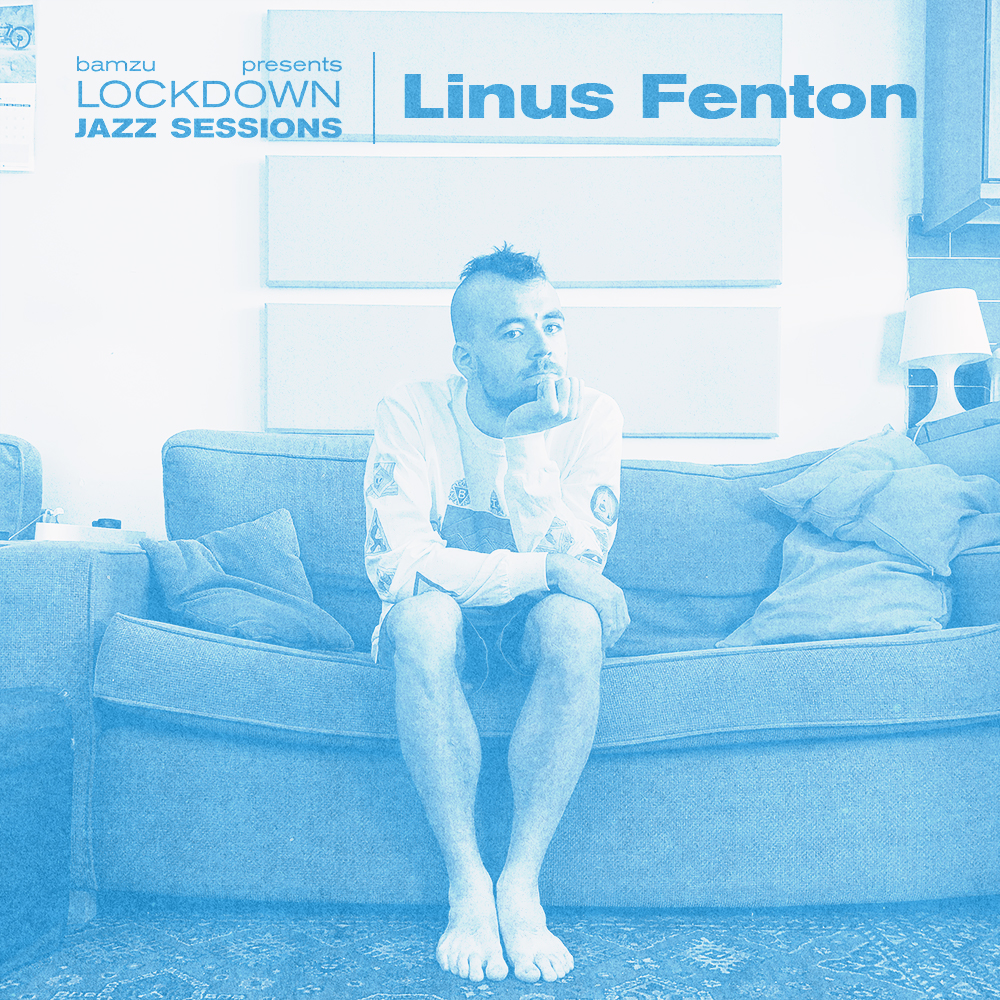 Live from his bedroom in east London, amongst segments of improvisation, Linus will be performing his own songs for the first time ever; using just his bass guitar and an array of pedals to set up loops and drones to accompany his singing- which he describes as weak and ungraceful but hopefully charming. 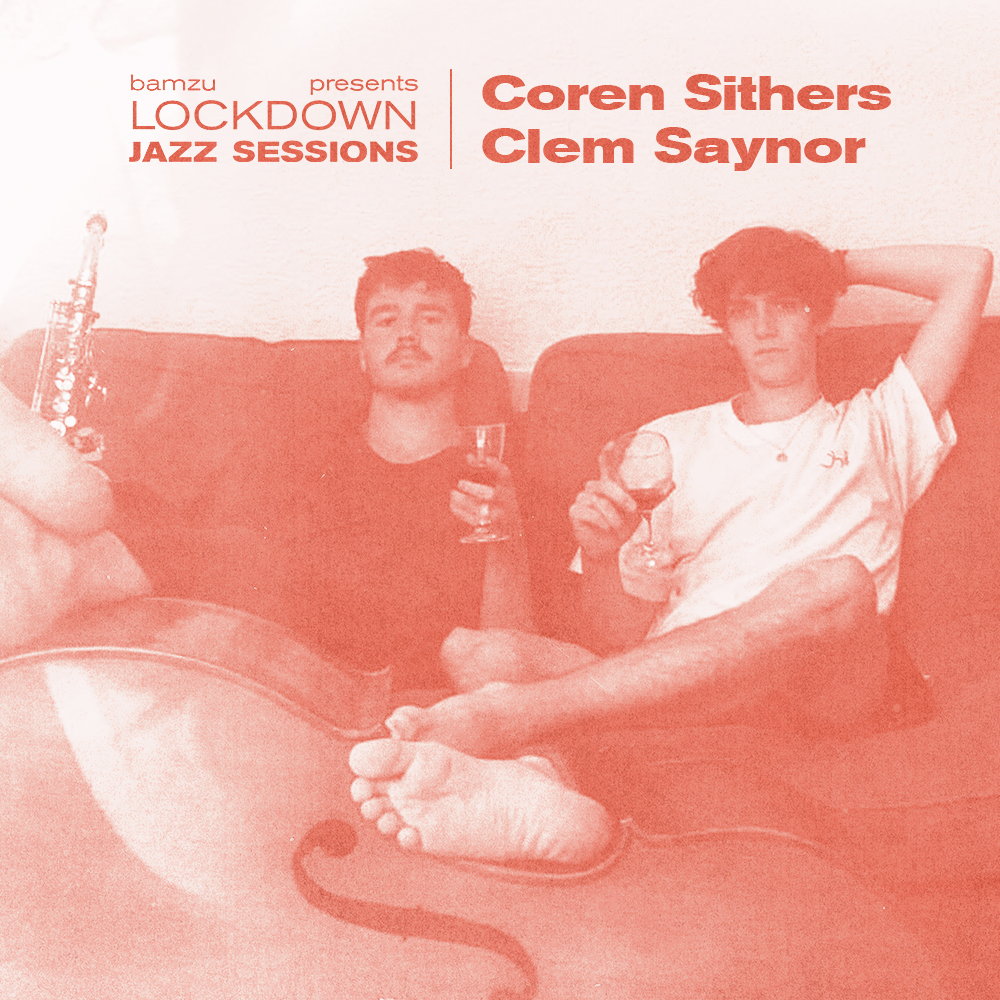 Making up 2/3rds of the infamous 'Naked Lunch Trio', lockdown housemates Clem Saynor and Coren Sithers reluctantly join forces to bring you an evening of folksong and free improvisation. Inspired by sheer boredom and not wanting to do anymore jigsaw puzzles, they both hope to sonically describe common lockdown feelings, such as 'I really need a haircut'. 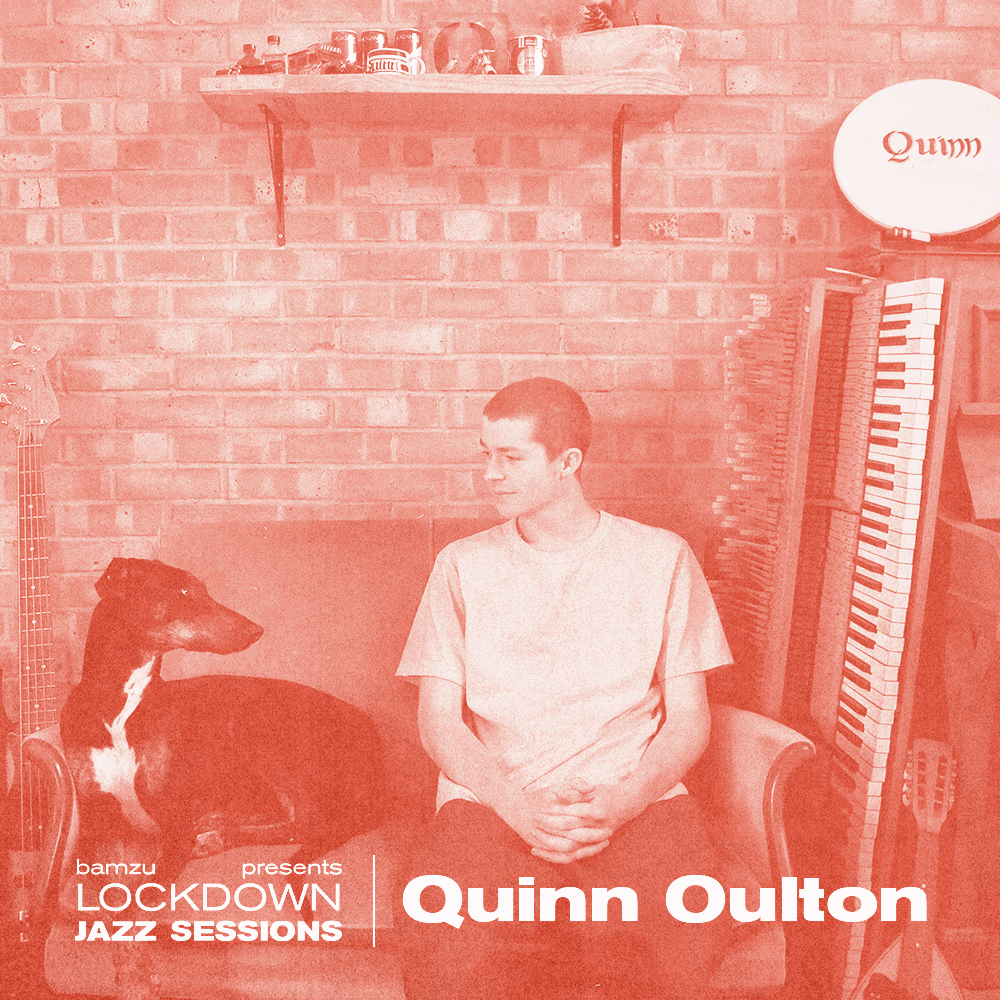 Quinn Oulton is a singer, producer and multi-instrumentalist based in South London. Over the past three years Quinn has been developing a unique sound that merges his jazz roots with modern production and alternative/indie songwriting.

Following his debut album release, he was chosen to attend the acclaimed Red Bull Music Academy 2018 where he delved deeper into the world of electronic music and production. Quinn’s most recent EP, ‘Long Gone’ was released in March 2020, which won him the Spinnup x BBC Introducing Live award. 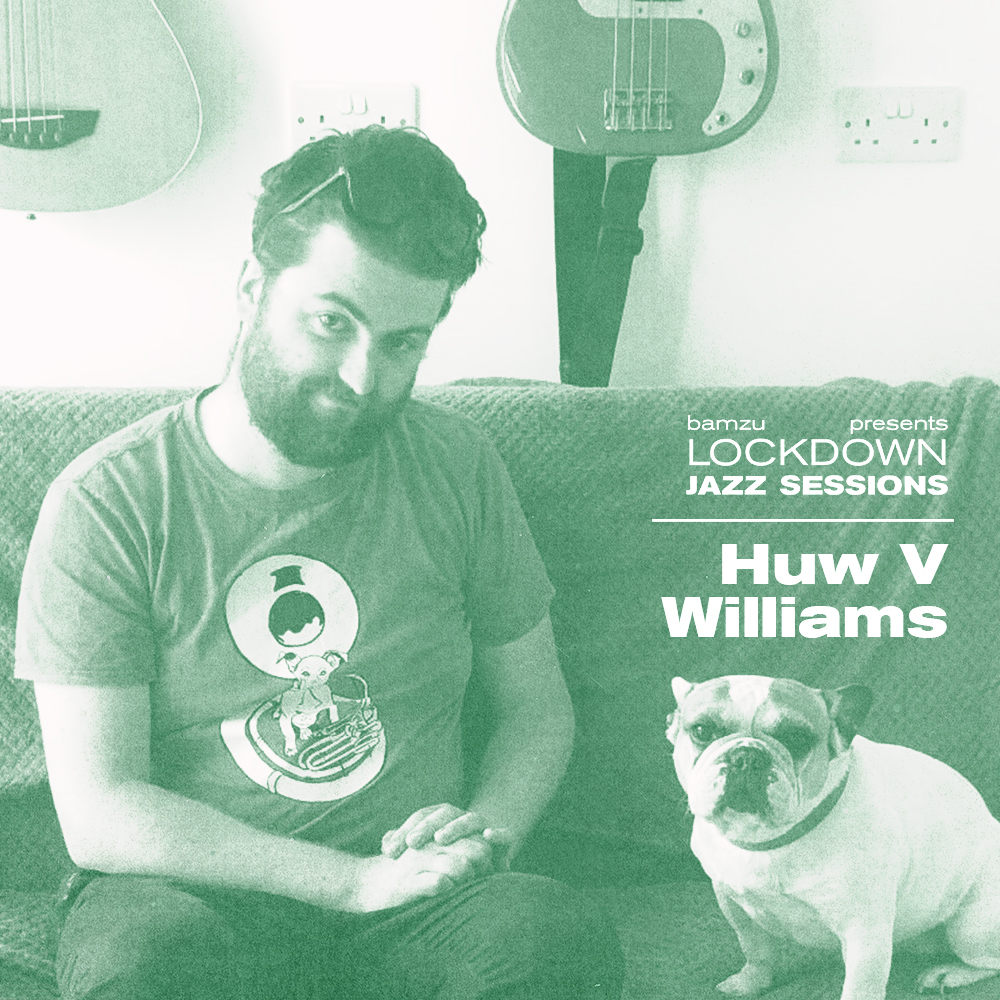 Formidable bass player Huw V Williams will be playing live from his home in St. Albans, exploring the bass and its sonic possibilities. Huw’s new album, Equidistant Between, is coming out next month and available to preorder here 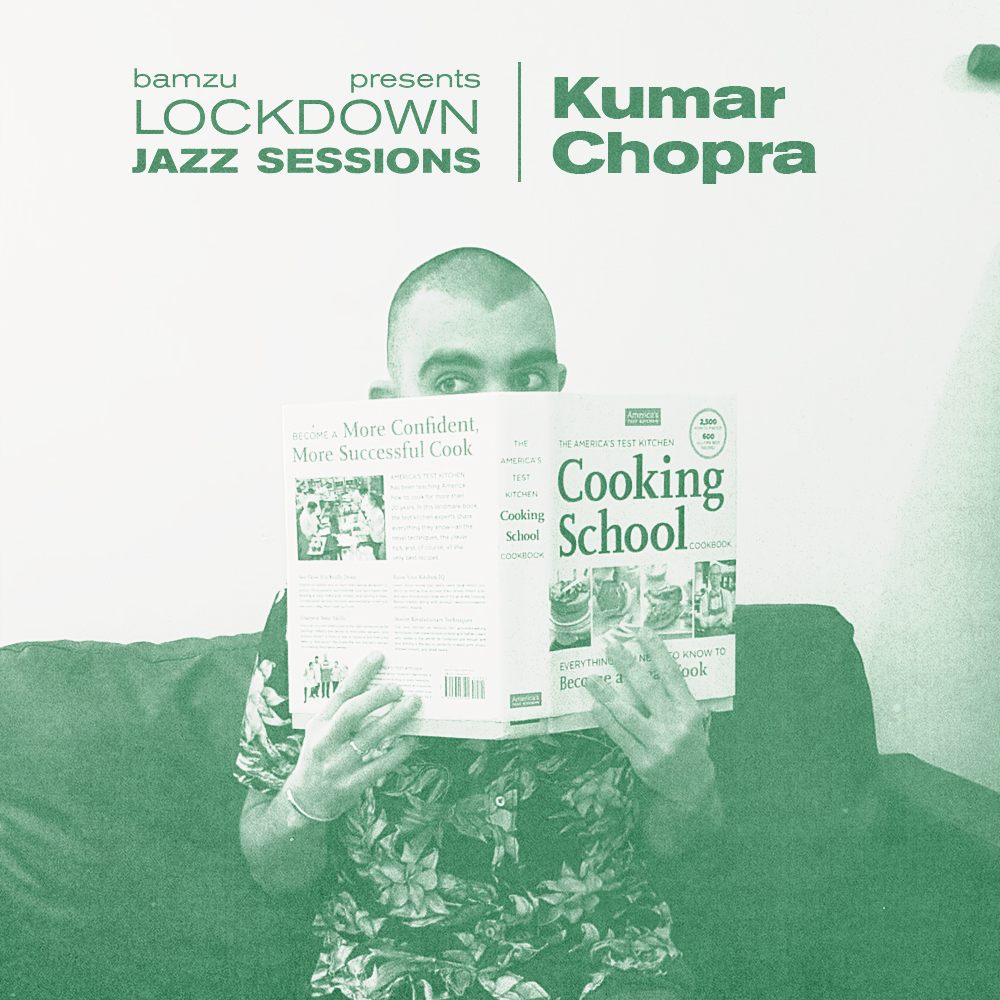 Kumar Chopra will be live from his flat in Cardiff, bringing you his interpretation of some of his favourite tunes from the folk and soul world, delving into what the guitar has to offer with a continuous solo set. 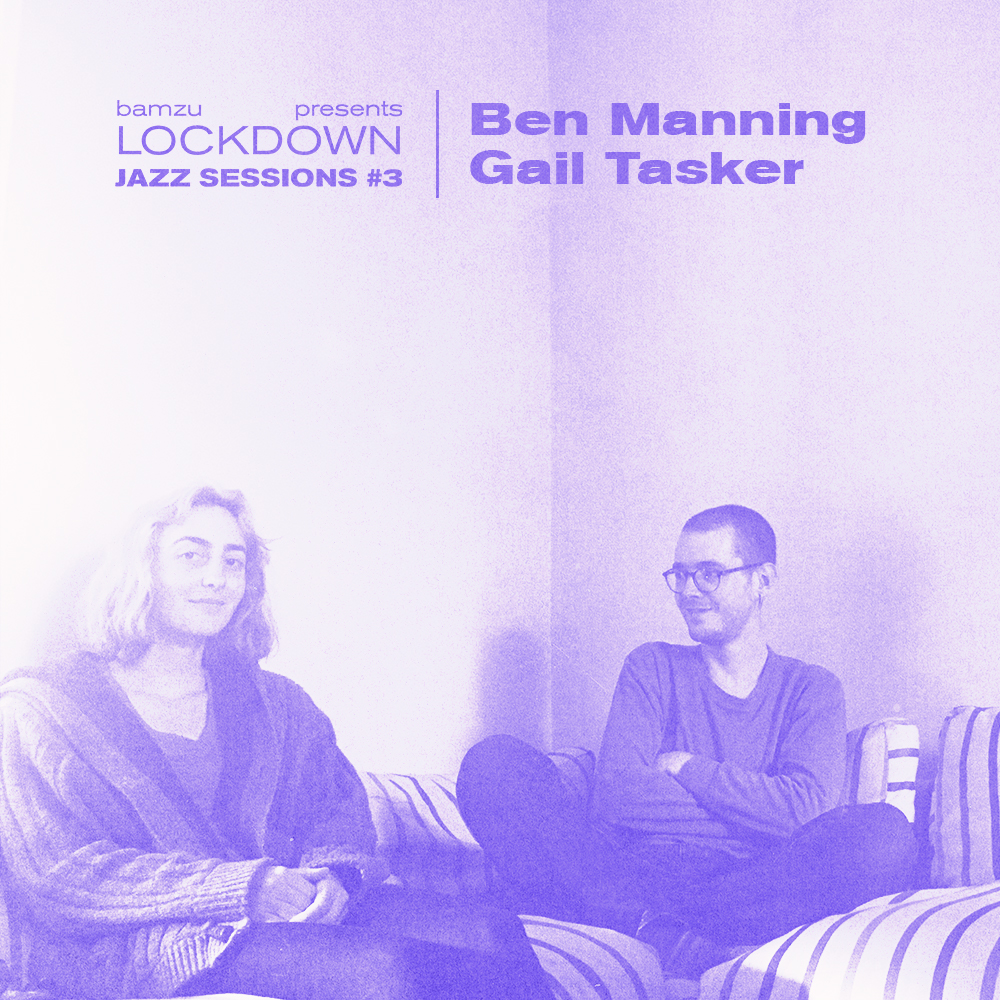 Presenting our first Lockdown Jazz Duo performance! Streaming live from their home in Camden, Ben and Gail bring an eclectic mix of their favourite tunes, exploring the possible interplay between double bass and flute.

They will be reinterpreting music by the likes of Bill Frisell, John Taylor, and Keith Jarrett. Expect soothing, acoustic sounds and mediocre chat, ideal for an evening of escapism. 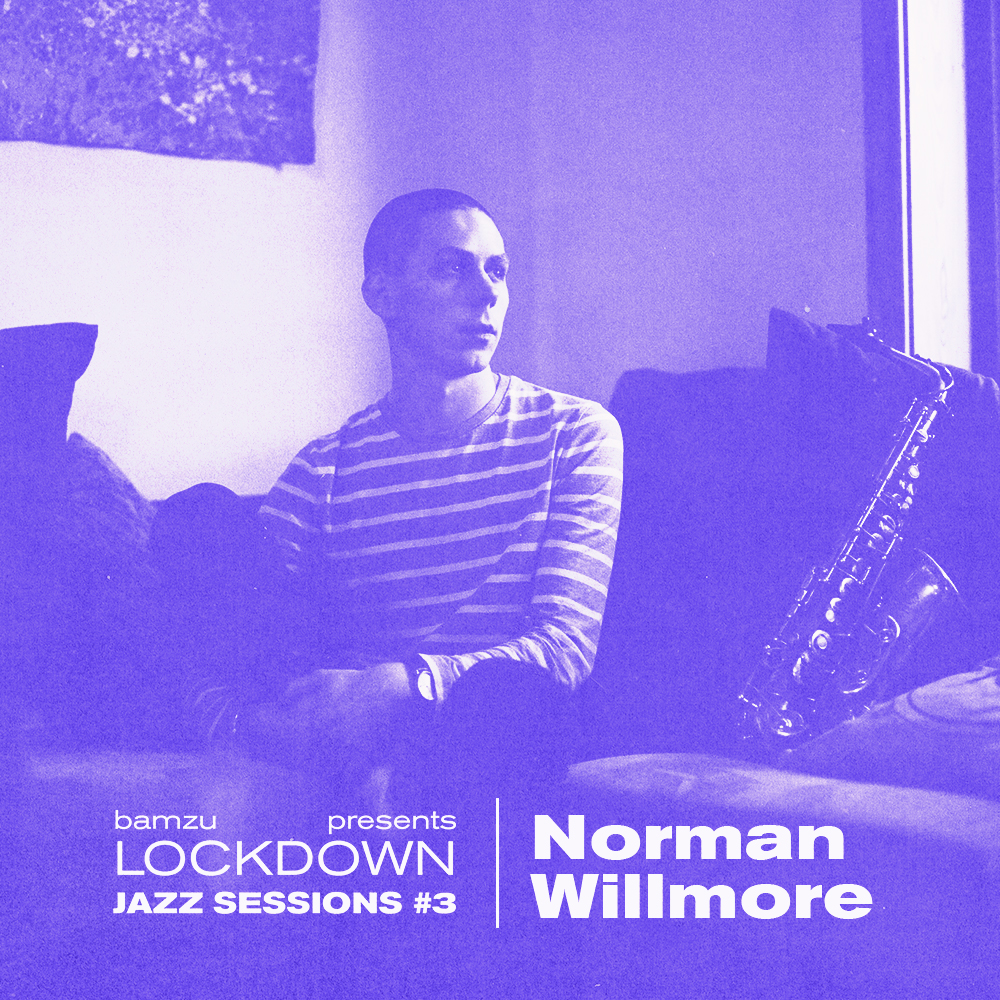 Saxophonist Norman Willmore will be streaming a live set from his sitting room in Glasgow's West End. The set will centre around Norman's love for Scandinavian music. With the use of his laptop , Norman has built up lush beds of drones and loops from which he can explore Norwegian and Swedish folk songs. 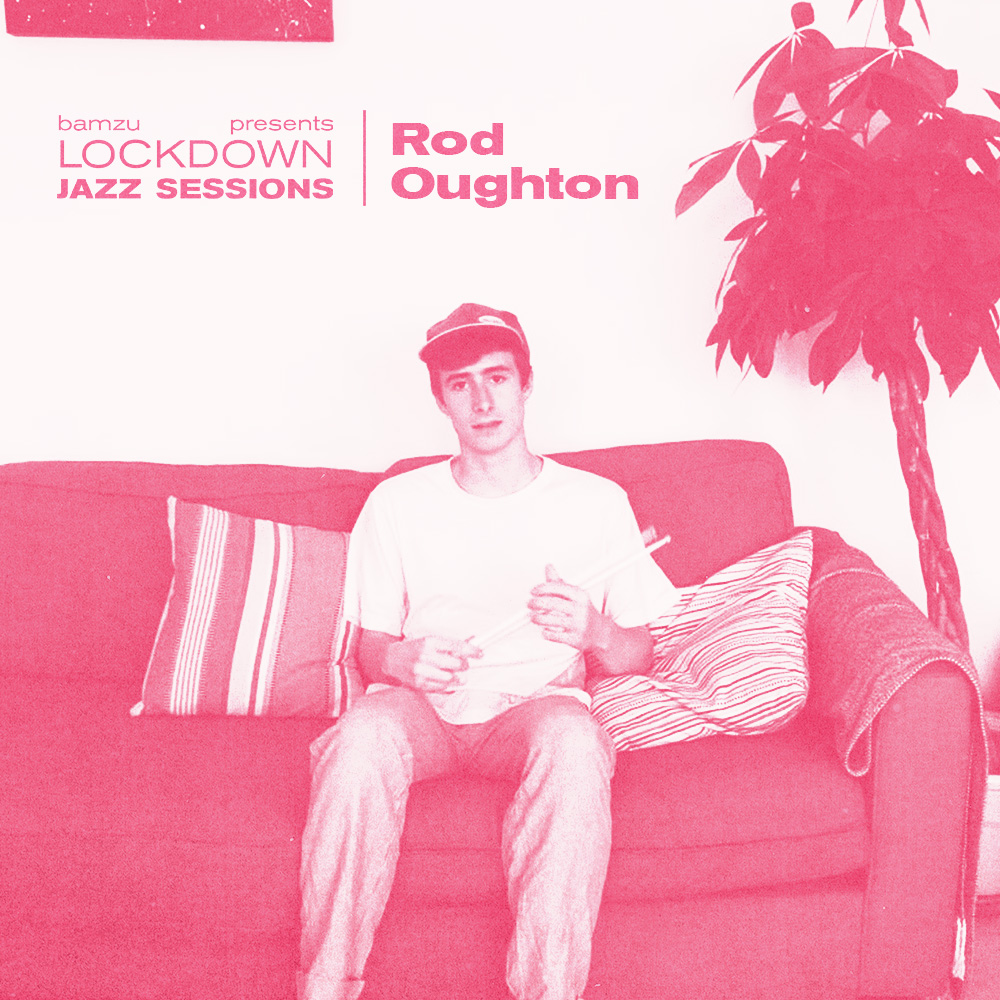 London based drummer and Royal Welsh College of Music alumni Rod Oughton will be sharing a new solo set from his bedroom in Harlesden. Rod's band 'OK Aurora' has recently released their debut EP 'Baby Zeza'. 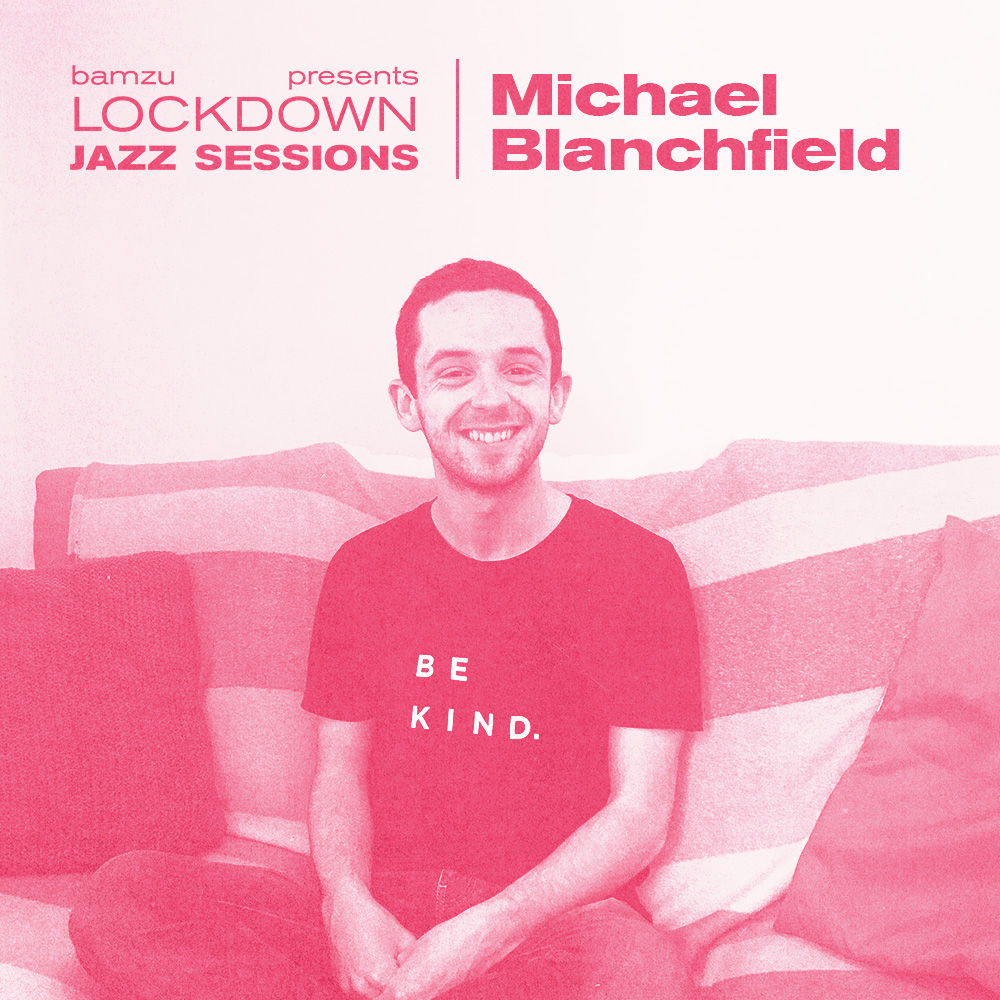 Cardiff based pianist Michael Blanchfield, also an RWCMD graduate, will be streaming a live solo piano set from his living room in Cathays. Expect music inspired by memories of when we could travel around, spaceships and robots, stillness and solitude